HOUGHTON – In 2005 Beth Jukuri began making quilts, which she eventually came to realize were actually a form of therapy to help her recover her self-esteem she lost after years of sexual abuse when she was a child.

During a showing of her quilts Wednesday at the Copper Country Mental Health Rice Memorial Center, many of which include a woman in various situations, the 46-year-old Jukuri said the therapy she got from making the quilts was not suggested by a mental health professional.

“It wasn’t formalized,” she said. “The only way I felt normal was doing quilts.”

Jukuri said she made the quilts depicting the woman from 2005 to 2011.

“That’s quite a distance,” she said. “I knew it was personal. I didn’t know it would tell a story.”

Jukuri said she began to think more intently about the abuse she suffered in 2004 when her father was arrested for child abuse.

“That was my realization, I guess,” she said. “I wouldn’t know the true meaning (of the quilts) until months later.”

Although she sells quilts, the quilts with the Lady, as she calls them, are just for her.

Jukuri said she hopes the quilts will be beneficial to viewers who may be facing similar issues as she faced.

“I think it’s going to help many other people,” she said. 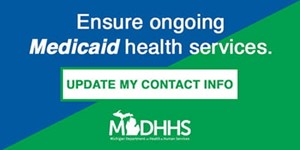